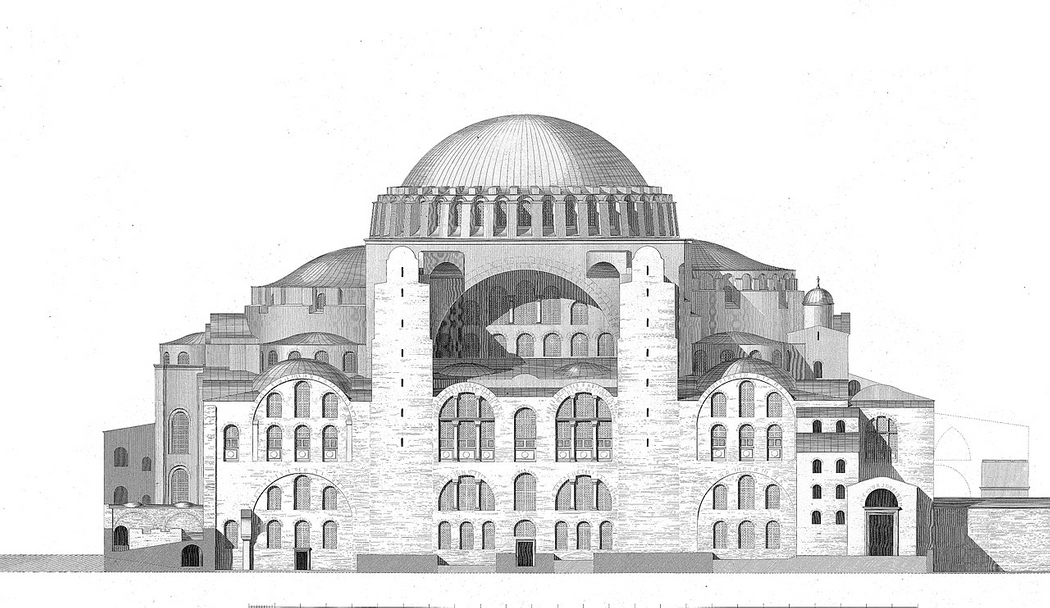 The Hagia Sophia, built in 6th century Byzantium. It still stands and was the largest cathedral in the world for nearly a millennium.

We struggle in the current financial system. Finance benefits the powerful and burdens the weak, exposes our private information, and restricts our freedom to hold and transfer value. Since the system has these flaws by design, we cannot fix them from within. We must build a new financial world. In such a world, we need not depend on the benevolence and competence of the elites. In such a world, finance is fair, private, and free by design.

In our unsound system, central banks and lawmakers control the monetary printing presses. We trust them to turn it on only when and for whom it is needed. But they abuse this trust. They flood the system with money, divert funds to the corrupt and irresponsible, enrich fellow insiders, and levy hidden taxes on the poor.1

Banks and other corporations stand between us and our hard-earned money. They hold it for us and process our attempts to spend it. As checkpoints on the financial superhighway, they collect information about our financial traffic, information that is routinely leaked, stolen, and sold.2 Although a single transaction reveals very little, our transactions together lay bare the communities we inhabit, the causes we champion, the gods we worship. Without financial privacy, we stand exposed before the world. We cannot shield ourselves from those who hate our ways of life.3

Checkpoints are chokepoints in hibernation. The corporations who process our financial traffic can also block it. And they do — often at the government's “request.”4 We sometimes cheer when people we dislike suffer financial censorship. But we fail to see how the pendulum swings both ways.5 Selective censorship comes at a cost. A system which censors some has financial sovereignty for none.

In our incumbent world of unsound finance, the powerful exploit, track, and censor us for their own benefit. They operate in the shadows with unfair rules. Yet we cannot fix the system from within. Its DNA encodes these flaws.6 Nor can we enforce change from without. The system is too big and powerful. So, in a roundabout way, we must build a new financial world.7

In our electronic age, one thing alone approaches the status of sound money. Its fair supply schedule resists manipulation. Its pseudonymity enhances financial privacy. And its holders enjoy financial sovereignty through the barbed wire of cryptography.8 This is bitcoin, of course. And, for the foreseeable future, the hope for sound finance rests with it and it alone.

Yet a sound foundation does not suffice for a sound building. One can build poorly on a solid foundation, or build nothing at all. To build, and build well, we must ensure that the new financial system inherits the qualities of its sound foundation.

We must build infrastructure that preserves our financial self-sovereignty. We can now access, hold, and transfer value without the permission or involvement of third-parties. Will we now sacrifice these freedoms for the convenience of new third-parties? New wine needs new wineskins. Sound finance needs no banks and instead calls individuals to be their own banks.

The gate to the world of unsound finance bears a sign: “All privacy surrender ye who enter here.”9 Bitcoin has no such sign. And yet the bitcoin banks of today must comply with the law of the land. So they demand our personal information to profit off the bitcoin we let them hold. Meet the new suits — same as the old suits. Sound finance, however, preserves bitcoin’s enhanced privacy. By being our own banks, we can put our bitcoin to work while keeping our bitcoin — and our personal information — to ourselves.

Sound finance also respects bitcoin’s transparent scarcity. In the unsound world, banks use collateral many times over. They rehypothecate to maximize profit, and we unwittingly participate in the risks they fail to disclose. If someone miscalculates, a snowflake can become an avalanche. Sound finance needs no banks. So we needn’t use bitcoin banks that, for all we know, lend bitcoin “out in waves of credit bubbles with barely a fraction in reserve.”10

Bitcoin deserves more than a replica of the old system. Why light a lamp and put it under a basket?11 Thanks to recent innovations,12 bitcoin enables an entirely new system, one which glows with bitcoin’s own brightness. This new system inherits bitcoin’s fairness, privacy, and self-sovereignty, and enables financial services that operate with unprecedented transparency. Built on top of bitcoin’s open-source software and auditable ledger, financial services can also use open-source software with transparent business models. Unlike the the opaque business models of yore, which require our trust, the models to come will permit us to verify.

With bitcoin, we can build a more just financial system, one that contributes to the flourishing of our children and our children’s children. But, like a cathedral for the ages, we may not finish in our lifetimes.13 And because so many confuse the light for darkness, many will fight against us. So be it. We build for their children, too.

We aim to build and then use financial services that

There are no shortcuts.15

So stone by stone, we build, and story by story—each in our own way. Some invent. Some fund. Some teach. And some, of course, write code.16

This is the sound finance movement. And we will continue what Satoshi started.

You can sign up for beta access with our first product - a mobile app that provides self-sovereign Bitcoiners a way to earn bitcoin yield with full transparency and without having to give up custody of their coins.

1. Saifedean Ammous (2018), The Bitcoin Standard, p. 67: "History has shown that governments will inevitably succumb to the temptation of inflating the money supply. Whether it's because of downright graft, "national emergency," or an infestation of inflationist schools of economics, government will always find a reason and a way to print more money, expanding government power while reducing the wealth of the currency holders."
2. Consider, for example, the Equifax data breach.
3. Peter Swire (1999), "Financial Privacy and the Theory of High-Tech Government Surveillance."
4. Iain Murray (2014), "Operation Choke Point: What It Is and Why It Matters."
5. Jerry Brito (2019), "The Case for Electronic Cash."
6. Buzzfeed's FinCEN Files investigation.
7. F.A. Hayek (1984), Interview with James U. Blanchard III, University of Freiberg.
8. Tim May (1988), "The Crypto Anarchist Manifesto."
9. Hasu (2020), "Why Bitcoin Might not Survive a Bitcoin Standard."
10. Dante Alighieri, Inferno, Canto III.
11. Satoshi Nakamoto, (2009), " Bitcoin open source implementation of P2P currency." But if we use banks anyway, we can opt to build and use banks that leverage bitcoin’s auditable ledger to provide proof of reserves. See Nic Carter (2019), "How to Scale Bitcoin (without changing a thing)."
12. See especially Thaddeus Dryja (2017), "Discreet Log Contracts."
13. Nic Carter (2020), "Bitcoin at 12."
14. For those who fail on the first ideal, commitment to the third ideal would include showing proof of reserves. And some services will fail these ideals simply because we need bridges from the old world to the new, services that must comply with the unsound world because they have one leg in it. In doing so, they permit our crossing to the new world of sound finance. But we should not confuse the bridges to the cathedral for the cathedral itself.
15. Hal Finney (1994), "Politics vs Technology."
16. Eric Hughes (1993), "A Cypherpunk's Manifesto." 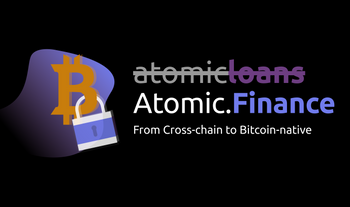