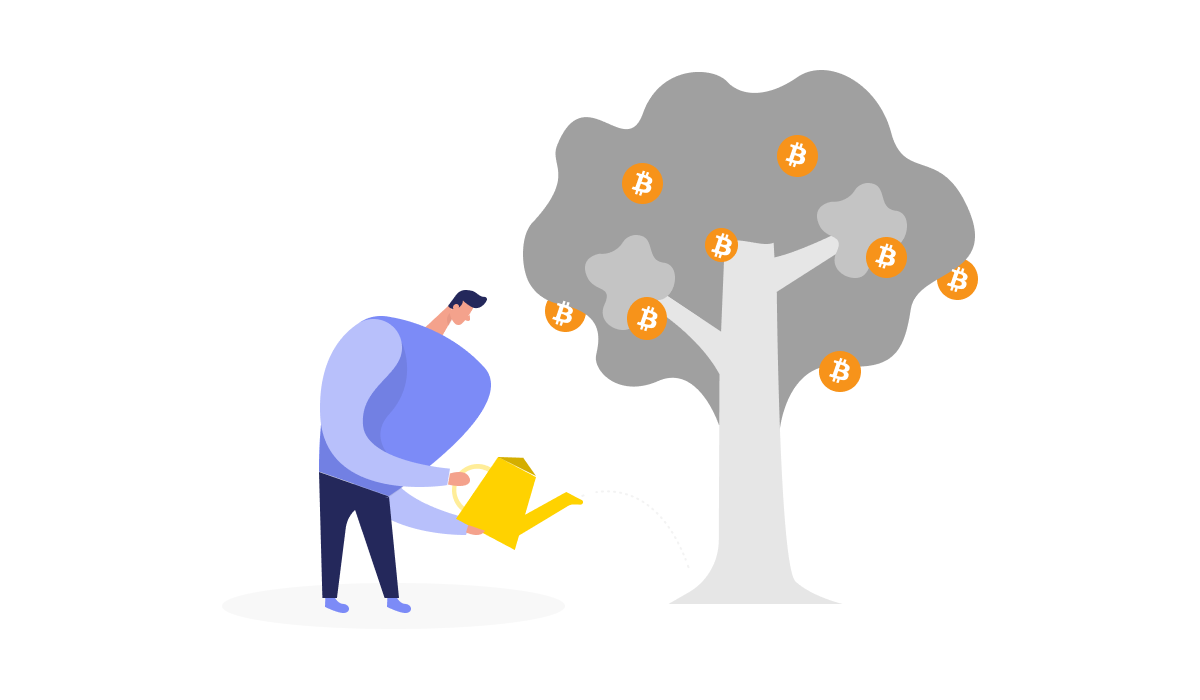 I. Bitcoin Yield Without Custodians

Until now, bitcoin holders have mainly earned yield on their bitcoin in two ways:

Despite their relative popularity, neither strongly appeals to bitcoin holders. And for good reason. Bitcoin banks hold the private keys, so customers bear the risk of insolvency and give up self-sovereignty.

Yet wrapping services such as WBTC on Ethereum also function as bitcoin banks behind the scenes. Wrapped bitcoins are held by centralized custodians in exchange for WBTC tokens on Ethereum. Using WBTC also entails taking on smart contract risk.

Atomic.Finance provides another way to earn yield on bitcoin, in bitcoin, without giving up custody of your bitcoin to a third party. Thanks to Thaddeus Dryja's recent breakthrough of discreet log contracts in 2017, non-custodial yield is not only possible but real. Discreet log contracts, or DLCs, pair bitcoin's security with more flexible smart contracts, enabling financial derivatives like call and put options. One traditional call option strategy, the covered call, generates income on an asset you own. By encoding a covered call into a DLC, you can earn income on your bitcoin without trusting a third party to custody your bitcoin.

We'll explain the main idea at a high level and save complexities for the rest of this three-part series. Part 2 will review covered calls in more detail. And Part 3 will focus on DLCs.

We strive for full transparency about our products and the business model behind them. So we hope to convey two things here. First, how you can generate yield on bitcoin without giving up custody to a third party through the power of covered calls and DLCs. And, secondly, how Atomic.Finance benefits from helping you earn bitcoin yield.

We can encode a wide variety of financial contracts into DLCs, including covered calls.

A covered call is a simple and effective option strategy to generate yield on an asset. By holding an asset and simultaneously selling a call option on that asset, the option premium collected becomes your yield.

However, there’s no free lunch in Sound Finance.

The yield generated by a covered call strategy comes at a price — potentially lost upside. If the price of bitcoin overshoots a predetermined level (the strike price, chosen by you), you will be forced to sell your bitcoin.

For this reason, covered calls should be used and configured with care. The higher the APY, the bigger the chance you will be forced to sell some of your bitcoin. It’s a trade-off. That being said, we’re working hard on product improvements to make entering covered calls lower risk and simpler for users moving forward — even in bull markets. (More to share on this later!)

Let's look at an example.

Suppose the current price is $50k per BTC. You sell a covered call on 1 BTC with an expiry two weeks from now and a strike price of $75k per BTC.

As long as the market price of BTC on expiry in two weeks is at or below $75k, you keep the whole underlying bitcoin plus the yield. But if the market price of BTC exceeds $75k, you keep only the amount of bitcoin whose value equals $75k, plus the yield. So, in exchange for yield, the seller of a covered call sells bitcoin's potential upside. This table illustrates what this means in practice.

Not all the outcomes above are equally probable. To help you choose a strike price for your level of risk, we list a probability next to each strike price in the app. This probability says how likely it is that the market price will stay below the strike price.

On the pro side, selling a covered call is an especially good idea when you want to sell bitcoin at a certain price anyway. In this case, you generate yield on your bitcoin until it hits your sell price. Selling covered calls can also work well if you'd like to sell the potential upside beyond a price that bitcoin is unlikely to reach within some time frame. But you should note that, like any other forms of yield, your yield may be subject to taxes.

On the con side, selling a covered call sacrifices the upside beyond the strike. The more that the bitcoin price overshoots the strike price, the less bitcoin you have when the contract settles. This is price risk. In Part 2 of this series, we'll cover price risk in more detail.

There's one more notch on the pro side. The yield from bitcoin banks comes with counterparty risk, which is often unclear and impossible to assess. But by encoding bitcoin covered calls into discreet log contracts, you enjoy full transparency over your bitcoin and never give up custody to a third party. Instead, you bear price risk, which is transparent and verifiable.

Next, let's examine how we encode bitcoin covered calls into DLCs.

DLCs were first introduced in 2017 by Thaddeus (Tadge) Dryja (also co-author of the original Lightning Network paper) at the MIT Digital Currency Initiative. Since then, teams at Suredbits and Crypto Garage have contributed to advancing DLCs. DLCs bring smart contract functionality to Bitcoin, opening up a world of potential applications.

Atomic.Finance brings covered calls and DLCs together so that you can earn yield on your bitcoin without giving up custody to a third party. Thanks, Tadge.

We enable users to post offers on an open messaging chat, and market makers reply using the DLC protocol. Atomic then collects a 5-10% fee on the premium paid by the market maker on each covered call. That's the business model.

In practice, you'll open up the Atomic app and see that — and this is just an example — a covered call with a strike price of $75k per bitcoin earns 4% annual percentage yield, or APY, over the next two weeks. So your bitcoin will earn roughly .154% in yield over two weeks.

To seal the deal on this call, you must first send bitcoin to your non-custodial wallet that you control in the Atomic app. You then choose the covered call, which posts an offer to the market maker. If they accept, your covered call contract is created behind the scenes.

From creation to execution, the DLC has three steps:

We'll explain how this works in more detail in Part 3.

In this process, you keep both your private keys and your personal information. We should also note that unlike Ethereum and other networks which put the entire smart contract on their ledgers, DLCs enable us to keep most of the smart contract off the ledger. This greatly limits the on-chain footprint of smart contracts, overall.

In addition to the price risk of the covered calls, the DLCs that encode them are dependent on the reliability of the oracle. We’ll review oracle risks, mitigation options (including the use of multiple oracles) and incentives in Part 3 of the series.

The team at Atomic.Finance is blazing a new path for bitcoin DeFi by building Sound Finance on Sound Money — finance that is transparent and verifiable, yet allows bitcoin holders to put BTC to work while still remaining self-sovereign and fully in control. You can read more about our mission in our Sound Finance Manifesto.

Allowing bitcoin holders to generate yield on their bitcoin without giving up custody — through a covered call strategy powered by DLCs — this is just the first step in our vision to build an ecosystem of Sound Finance tools.

In Part 2, we zoom in on bitcoin covered calls. We'll explain how they work, some potential strategies, and their tradeoffs.

Let's get started. Join our Beta!

We are currently running a closed beta. And we'd love you to join us. Sign up here

If you'd like to know more about covered calls or discreet log contracts, we would recommend any of the following resources: 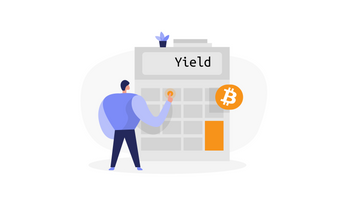 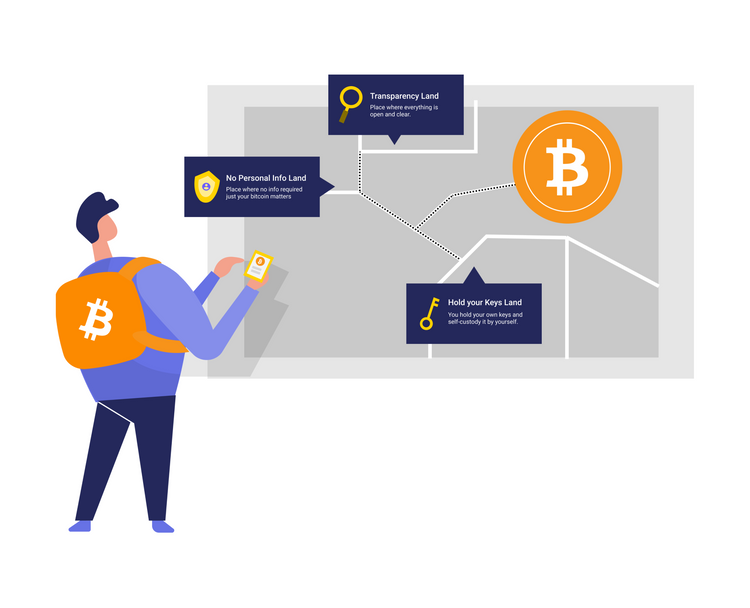